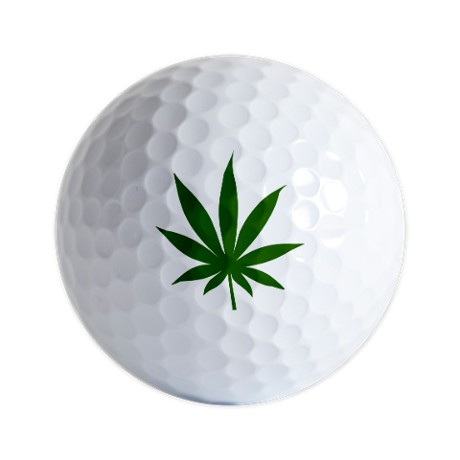 Current Events and the Colorado Factor

March 4, 2014 pbezant News
A poll conducted by the University of Texas and the Texas Tribune suggests a whopping 77 percent of registered Texas voters believe in some form of legal marijuana. 28 percent would legalize it for medical use only, and 49 percent would legalize marijuana for any purpose, either in small quantities (32 percent) or in any quantities (17 percent). Texas NORML’s Legal Counsel, Jamie Spencer and Marijuana Policy Project’s Executive Director, Rob Kampia discuss legalizing cannabis in Texas on KXAN, the Austin NBC affiliate.

In a live debate in Dallas, the four Republican candidates for lieutenant governor sought to carve out distinctions on the big issues. Since cannabis law reform is now a hot topic in Texas, it was addressed. The only candidate that broke the propaganda mold was Land Commissioner Jerry Patterson. While opposed to legalizing marijuana for recreational use, Patterson explained his support for medical use by comparing the drug’s active component tetrahydrocannabinol (THC) to other pharmaceutical agents. “We have medical barbiturates. We have medical amphetamines. We have medical codeine. We have medical all of these compounds,” said Patterson. “I’m not a doctor, but if there is medical efficacy for the use of tetrahydrocannabinol and the doctor prescribes it, I see nothing wrong with that. We’re talking about medicine. We’re not talking about recreational use.” Austin ABC affiliate, KHOU, spoke with Vincent Lopez, Director of Patient Outreach for Texas NORML, about the medicinal benefits cannabis provides in treating the symptoms of his condition, Becker Muscular Dystophy.

Democratic gubernatorial candidate, Wendy Davis, said “…we as a state need to think about the cost of that incarceration and, obviously, the cost to the taxpayers as a consequence of it, and whether we’re really solving any problem for the state by virtue of incarcerations for small amounts of marijuana possession. With regard to medical marijuana, I personally believe that medical marijuana should be allowed for. I don’t know where the state is on that, as a population. Certainly as governor I think it’s important to be deferential to whether the state of Texas feels that it’s ready for that. …I think Texas is in a position right now of being able to sit back a bit and watch to see how this is playing out in other arenas.” Vincent was also quoted here, “When I think people see the reality of these life and death issues, it makes them more aware of how serious the medical need is, and it makes them very aware of the medicinal potentials of cannabis.”

“Though Perry is leaving the governor’s office, his remarks could spur more people to talk about the issue,” said Cheyanne Weldon, the Executive Director of the Texas Chapter of the National Organization to Reform Marijuana Laws. “It’s very positive for us. It allows some of these people who weren’t willing to take any stance and it opens the door for them,” she said. “We’ve been creeping up on the things that people agree on or are willing to talk about.”

With all the news and buzz around the state, you can see that change is coming, we are very excited about the lobby campaign that we are working on with other drug policy groups in Texas. Please donate to our 2015 lobby campaign here.

18 members of Congress signed onto a letter that was delivered to President Barack Obama calling for him to remove marijuana from Schedule I of the Controlled Substances Act. “We request that you take action to help alleviate the harms to society caused by the federal Schedule I classification of marijuana. Lives and resources are wasted on enforcing harsh, unrealistic, and unfair marijuana laws.”  US Representative Beto O’Rourke, representing the El Paso area, was one of the 18 to sign in support.O’Rourke also co-sponsored legislation by US Representative Dana Rohrabacher (R-Calif.), that would require the federal government to recognize state marijuana laws such as in Colorado and Washington.

The Obama administration has given banks a roadmap for doing business with legal marijuana sellers to alleviate the banks’ fear of federal charges. This is another step the government is taking to enable a legalized marijuana industry to operate in states that approve it.

Deputy Drug Czar Michael Botticelli admits that marijuana is safer than alcohol after an intense exchange with Rep. Gerry Connolly (D-Va.) “Is it not a scientific fact that there is nothing comparable with marijuana?” Connolly asked. “And I’m not saying it is good or bad, but when we look at deaths and illnesses, alcohol, other hard drugs are certainly—even prescription drugs—are a threat to public health in a way that just isolated marijuana is not. Isn’t that a scientific fact? Or do you dispute that fact?”, asked Connolly. “I don’t dispute that fact,” Botticelli said.

Since Colorado has legalized cannabis sales, Texans aren’t just traveling to Colorado on their own to enjoy legal marijuana, they are also taking part in organized marijuana tourism. The dispensary boom has created new jobs, and that is just the start with the hemp production industry still to come.

If you decide to partake while in Colorado, make sure you know if your employer drug tests, be careful crossing the state borders and make sure to drive safely. To address these very issues, the South Texas College of Law has partnered with Rice University’s Baker Institute for a new course on marijuana policy. Once the schools draft these model policies, the work is published and presented to state lawmakers for consideration. Read the bibliographied, 22 page paper that started it allhttp://www.scribd.com/doc/151317275/South-Texas-Marijuana-Legislation.

While many are going to Colorado for legal access to retail cannabis or the blossoming industry, many are leaving Texas for safe access to cannabis for their loved ones medical conditions. In Canyon, near Amarillo, Becca Harmon and her husband have decided to make the move. Their 8-year-old daughter, Jillian, has cerebral palsy and intractable seizures. “As much as we’re bummed that we have to leave, we’re excited that there’s a place that’s making these changes,” Harmon said. “We love Texas. It’s our home. But families like ours should not have to uproot and leave just to save their kids.”

The Governor of Colorado predicted sales and excise taxes next fiscal year wouldproduce some $98 million, well above a $70 million annual estimate given to voters when they approved the taxes last year. Economic forecasters in Olympia predicted that Washington state’s retail marijuana sales will bring nearly $190 million to state coffers over four years, starting in mid-2015.

In 2004, 74% of Texans supported cannabis for medical benefits, according to a Scripps and Howard poll. A poll from Texas Public Policy shows that 79% of Texans support drug law reform. Another poll from Public Policy shows 61% of Texans supporting decriminalization and 58% changing Texas law to regulate and tax marijuana similarly to alcohol, where stores would be licensed to sell marijuana to adults 21 and older. And just last week, according to a poll by UT and the Texas Tribune, 77% of registered Texas voters believe in some form of legal marijuana.

Any Texas politician that does not support cannabis law reform is no longer in touch with the views and wishes of the vast majority of Texans. It is up to us to make sure we contact our elected officials about what issues we want to see them support, and why. Stay tuned for our 2014 Voters’ Guide this summer to find out where the candidates stand on changing cannabis laws in Texas. We must vote for those willing to work with us on reforming these unjust laws, and educate those elected who have not yet reached that point.

Remember we need support from the entire state to change these laws in Texas, so it is important that we grow our grassroots and help involve more people in other areas of Texas. Talk to your friends in rural areas where there is no NORML chapter. To further that agenda, we are working to connect people in areas around the state so they can be empowered to start their own chapters and create change locally, learn more here.Please visit our events page for the most current list of cities trying to start a NORML Chapter and share the event invitations with your contacts in those areas, help it GROW!

Open Monthly Meeting – Wednesday, March 5th – 8pm – FREE! – Flamingo Cantina, 515 East 6th Street, Austin. We meet at the Flamingo on the first Wednesday of every month. We will be discussing what has been going on in cannabis news around the nation, enjoying some stand up comedy and live reggae from the Mau Mau Chaplains. ASL interpreters will be provided. Click here for more information on the meeting. Please make sure to invite and share the event with your friends and family. Did you miss last month’s meeting? Click here to watch the February meeting. Click here to see pictures.

Traveling Monthly Strategy Meeting – Wednesday, March 19th – 6:30pm – FREE! – Catfish Parlour Restaurant, 4705 E Ben White, Austin. Are you interested in meeting with Texas NORML representatives and other supporters to have a group discussion and make plans for how we can and WILL change laws in Texas? Please meet us there and find out how you can help! We are changing locations every month! RSVP here! See pictures from our February meeting here.

Texas NORML’s Veterans’ Benefit at Willie Nelson’s Cut and Putt – Saturday, March 22nd – 10am-6pm (golf times: shotgun starts at 9:30am and noon) – Spicewood. This benefit event will raise funds for our upcoming Veterans’ Conference in July. Our athletic group, Team Hope through Cannabis “THC” will host a 4-Man Scramble Nine Hole Golf Tournament and Music/Arts Festival! Stay tuned for details here. If you are able to volunteer at this event, please email volunteer@texasnorml.org. Serious inquiries only.

More events to come! You can stay up to date on our events through our Facebook Events page and the Calendar on our website.

Thank you for your continued support!