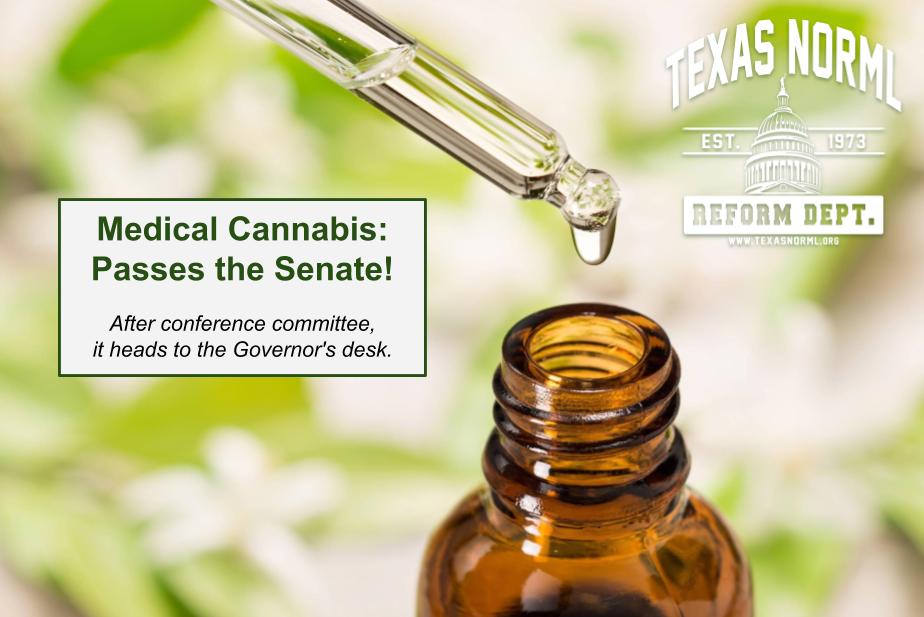 Today the Texas Senate debated and unanimously passed HB 3703 (sponsored by Senator Donna Campbell), a proposal to include seizure disorders, multiple sclerosis, terminal cancer, incurable neurodegenerative disease, autism, ALS and spasticity as qualifying conditions for the Texas Compassionate Use Program. There was discussion on the floor as to what other conditions could benefit from medical cannabis (such as PTSD) and why research is important. There were no amendments made to the bill.

Next, HB 3703 also had its third and final reading. Since there were some amendments made in the Senate, the bill will head back to the House where there may be a conference committee called to reconcile the differences if amendments are not approved by House author. Once the conference committee reaches an agreement, the bill will head to the Governor’s desk to become law. Since the bill passed with a super-majority in both chambers, it will go into effect immediately.

HB 3703 started off with only including three conditions. Thousands of Texans reached out to the legislature and we saw more conditions added as a result. Sadly, the program will not be as inclusive as we would like but we are happy that it has been improved to give access to more Texas patients.

Donate to support our work at the Capitol! Now is a crucial time. You can also become a member, become a sustaining donor or purchase our merchandise.