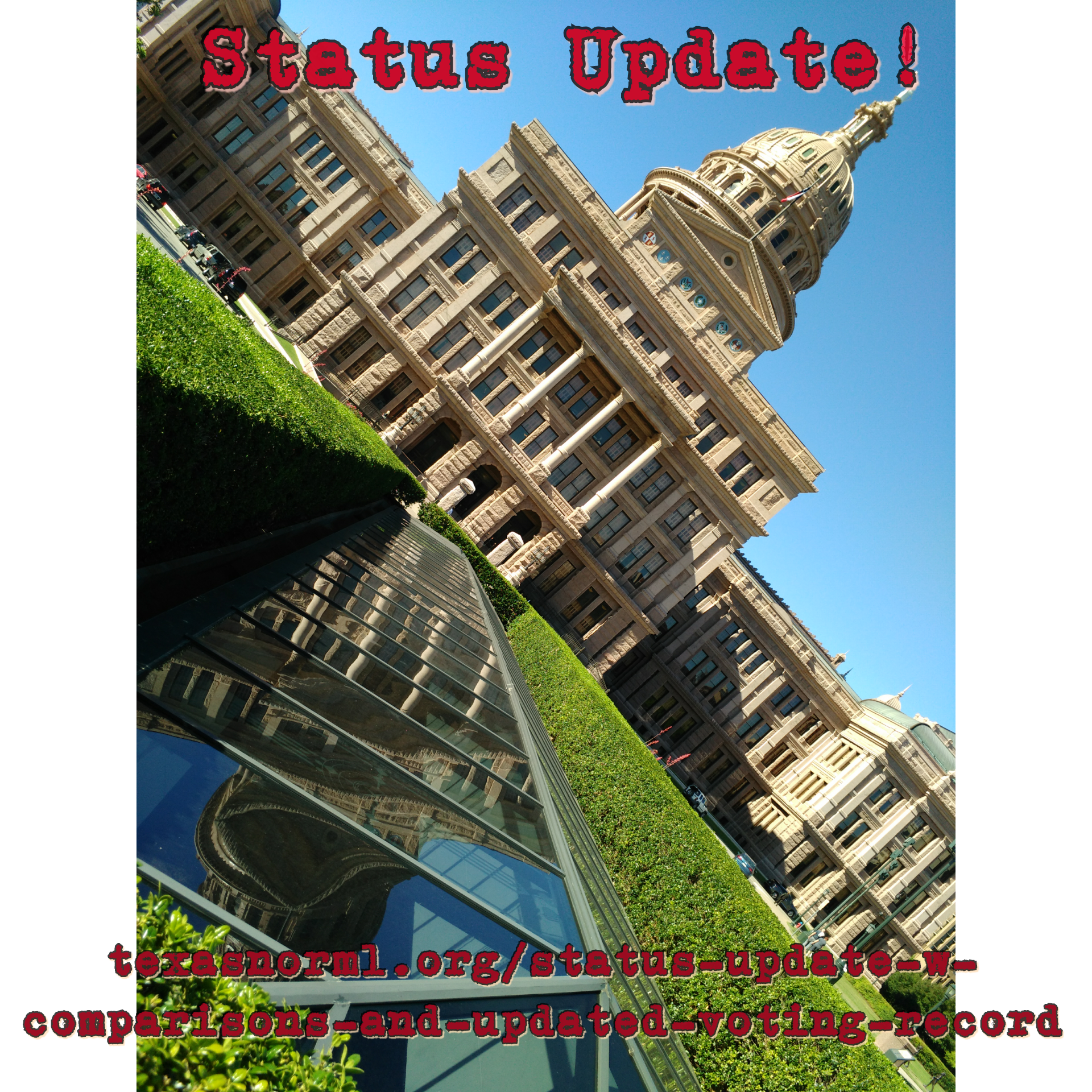 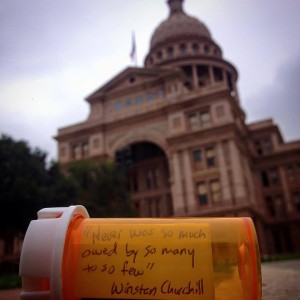 As the 85th Legislative Session enters it’s last weeks, we want to update you on the status of cannabis related bills along with a comparison of progress from last session. While there are some possibilities of still enacting change this session through amendments, this is the current status of our bills. We also updated our Texas Marijuana Policy – Legislator Voting Record document for you to review. We will update this further if amendments are successful.

Please take action and support our efforts at the Capitol! Prohibition never sleeps, so neither can we.

Civil Penalty
would take possession of 1 ounce of marijuana or less out of the criminal realm and turn it into a civil offense by eliminating the arrest, jail time, and criminal record associated with low-level marijuana possession

HB 81 – 85th Legislative Session – HB 81 has 41 authors with bipartisan support. It was voted favorably out of committee. Calendars scheduled it for the agenda but because of deleterious actions the bill did not get debated on the house floor before the deadline. Texans sent over 45,000 emails to their legislators regarding this important legislation. HB 81 made history by making it further than ever before.

HB 507 – 84th Legislative Session – HB 507 had 42 authors with bipartisan support. It was voted favorably out of committee but died in the Calendar Committee by not getting put on the agenda to be debated on the floor. This was the first time a bill totally removing all criminal penalties for possession had been filed in the Texas Legislature.

For both the 84th and 85th Legislative Sessions, the senate companion bills have been assigned to committee but did not receive a hearing.

HB 2107 – 85th Legislative Session – Though filed later in the session, HB 2107 had an powerful hearing that created a surge of support for the bill with the 5 original authors being joined by 72 more in just 36 hours! 28 of these authors were Republicans and included 4 of the 5 doctors that serve in the House. With pressure being applied by the community and the legislature, the bill was voted out of committee, a first for Texas! Tragically, the bill stalled at the deadline and did not advance. However, this historic progress and support ensures that medical cannabis will become a significant campaign issue moving forward. Texans sent over 6,500 emails regarding this life saving legislation.

HB 3785 – 84th Legislative Session – This was the first comprehensive medical bill filed in Texas with 5 authors. A hearing was held until the morning hours but the Chair did not call for a vote on the bill and it died left pending in committee.

For both the 84th and 85th Legislative Sessions, the senate companion bills have been assigned to committee but did not receive a hearing.

HB 3587 – 85th Legislative Session – A bill that would allow for the industrial growth of hemp had 26 bipartisan authors and was passed unanimously out of committee and into Calendars. However, the bill was not scheduled to be debated on the floor.

HB 557 –  84th Legislative Session – A bill that would allow for hemp to be grown for research purposes only had 3 authors and was passed unanimously out of committee. It was scheduled to be heard on the house floor but were not able to make it to that point of the agenda by the deadline.

For both the 84th and 85th Legislative Sessions, the affirmative defense bills had hearings but were left pending in committee and did not advance farther.

This limited and potentially flawed program was signed into law in 2015 and just recently finalized the regulations for the program. Three licenses have been awarded by DPS. The program is currently slated to start providing oil for patients in Sept 2017. You can follow the DPS website for TCUP here. 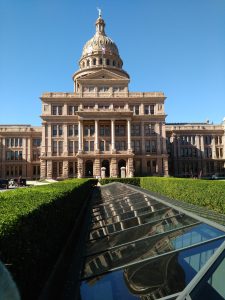 Texas NORML will continue to update you on any further progression during this session. We are also working on our strategy plan for the next two and a half years so we can carry our successes forward into the 86th Legislative Session!

You can help by becoming A MONTHLY DONOR, where you can give us a budget to plan on and with! With a reliable stream of income we can more efficiently execute our strategy. You can also DONATE to support our efforts. You can also JOIN Texas NORML and make history with us!