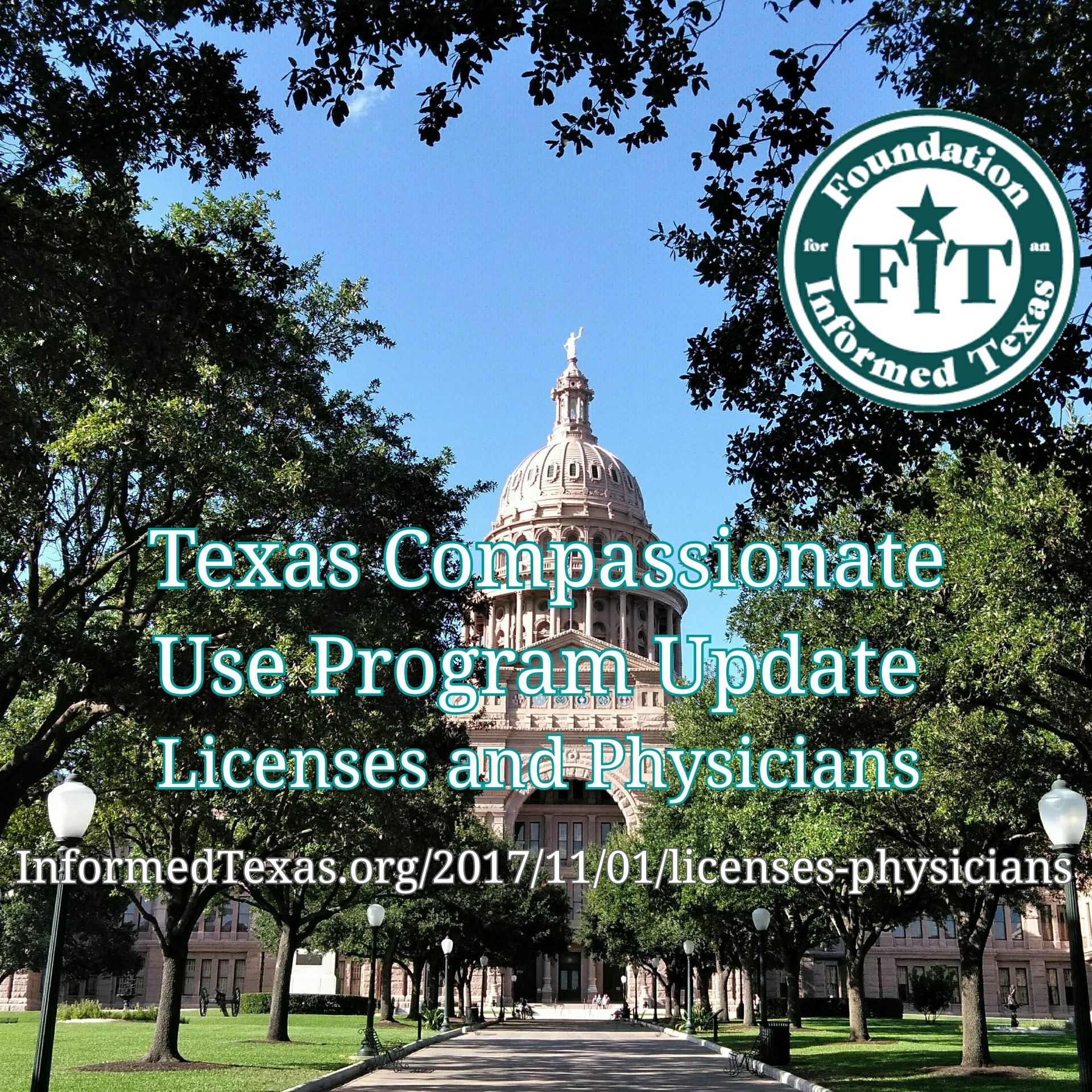 The Texas Department of Public Safety (DPS) has granted the second license to grow, process and sell low-THC oil under the Texas Compassionate Use Program. Consortium Texas was the first company to receive a license and now Compassionate Cultivation joins the list. These companies are based out of Schulenburg, TX and Austin, TX respectively. DPS is statutorily required to grant a minimum three licenses by September 1st, 2017, a date which has already passed.

It is reported that 4 physicians have now registered with the Compassionate Use Registry of Texas (CURT). In order to be allowed to prescribe low-THC oil to patients, physicians must go through the application and registration process. Physicians must have at least one of the following certifications from the American Board of Psychiatry and Neurology or American Board of Clinical Neurophysiology:  Epilepsy, Neurology, Neurology with special qualifications in child neurology, Neurophysiology. Once approved, the physician can prescribe to bona fide patients, whom the physician will add to the registry along with their prescription information. At that point, the patient or any legal guardian will be able to get the prescription from any licensed dispensary.

While physicians are willing to join the program, some have voiced concerns over the prescription language of the statute and program. Other states with functioning programs use the wording “recommends” due to the Contant v Walters ruling. Dr. Paul Van Ness of Baylor College of Medicine in Houston, an epileptologist recently told the Houston Press, ‘He’s willing to join the program, with a big caveat: “So long as I can do so legally.” … he isn’t sure how the prescription language will be handled, noting that “you pretty much have to be a researcher at a university” to prescribe Schedule I drugs. “I hope they work it out soon,” he said. “I can’t imagine doctors would risk their medical licenses or DEA numbers to do this.” ‘ In the same article, Rusty Payne, a DEA spokesman, remained adamant that a physician could not prescribe marijuana without breaking the law. “Doctors cannot prescribe Schedule I substances,” Payne said.