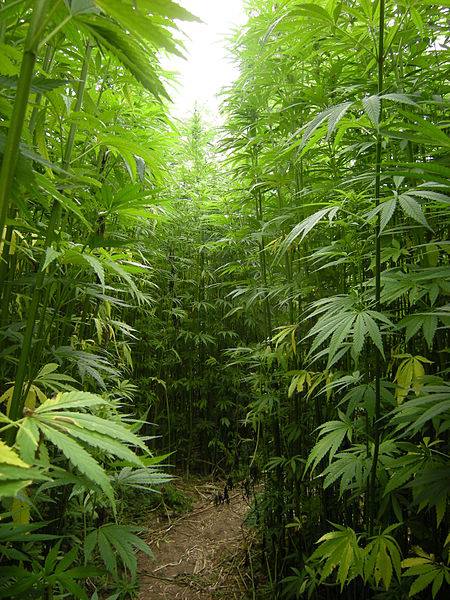 Hello and thank you for coming to Texas NORML’s Open Monthly Meeting at Flamingo Cantina on 6th Street. Texas NORML’s mission is to move public opinion sufficiently to achieve the repeal of marijuana prohibition so that the responsible use of cannabis by adults is no longer subject to penalty. We are an educational non-profit that is one hundred percent volunteer run.

My name is Jax Finkel, Deputy Director of Texas NORML. Here is a review of news events from the last month.

The Department of Justice has recently been in the news updating their stance on cannabis and criminal justice issues. It started with Mandatory Minimums.  Attorney General Eric Holder announced during a speech before the American Bar Association that the Justice Department will no longer list drug quantities in indictments of certain low-level drug offenders, allowing defendants who lack ties to gangs, violence and large-scale drug trafficking organizations to avoid harsh mandatory minimums. Click here to view and read more about his statement.

Then in a memo to U.S. attorneys in all 50 states, Deputy Attorney General James M. Cole directed federal prosecutors to focus on eight areas of enforcement rather than spending time targeting individual users in states that have legalized cannabis use. Those aims include preventing distribution of marijuana to minors, stopping the growing of marijuana on public land, keeping pot from falling into the hands of cartels and gangs, and preventing the diversion of marijuana to states where it remains illegal. Click here to read the memo.

Most recently, during a briefing a senior Department of Justice (DOJ) official said that Financial Institutions and other enterprises that do business with marijuana shops which are in compliance with state laws are unlikely to be prosecuted for money laundering or other federal crimes that could be brought under existing federal drug laws. This is a reversal of their previous guidance. Click here to read more.

Austin Police Chief Art Acevedo supports Holder’s change of stance on mandatory minimums. “I think that if you talk to a lot of my colleagues around the country, most of us feel that addicts who are addicted to drugs, that are users, but aren’t the ones poisoning our kids by being the big dealers on the street that we are better served trying to get them treatment, break that cycle of addiction,” Acevedo said. Acevedo says his priority is violent crime. “I’d rather not tie up an officer with somebody with a small quantity of marijuana. In the meantime somebody’s hiding in their closet, they broke in. I’d rather free them up to deal with that imminent threat to public safety,” Acevedo said. Click here to view and read more on the coverage.

In addition, Texas NORML’s Legal Counsel, Jamie Spencer was recently on the news to discuss the new DOJ Policy and prison overcrowding. Click here to see his interview.

In other big news, the Executive Director of the Marijuana Policy Project (MPP), Rob Kampia had some local coverage. “It’s inevitable that we’re going to win,” Rob Kampia said from his new apartment complex in Austin. “We’re going to look at this Texas project as a multi-year plan.” He said his organization’s goal is to end marijuana prohibition in Texas by the 2017 legislative session. We agree and look forward to working together to make it happen! Click here to view the news coverage. Texas NORML has partnered with MPP and other groups to hire a lobby firm and organizers to prepare for and ensure our success. A California donor has pledged $100,000 to help legalize in Texas and we are set to help in matching those funds! Please check out https://stage.texasnorml.org/lobby/

Washington, DC: Qualified District residents this week began legally purchasing cannabis for therapeutic purposes. Some 70 percent of District residents initially approved a municipal initiative in 1998 authorizing qualified patients to possess and consume the plant. However, Congress blocked city officials from implementing the voter-approved law until 2009. In 2010, members of the DC City Council amended the 1998 initiative to permit the tightly regulated production and sales of cannabis by licensed facilities. Members of Congress allowed the amended measure to become law without federal inference in July of 2010.After numerous delays, DC regulators have finally begun authorizing physicians, patients, and dispensaries to begin participating in the city’s medical marijuana program.

Sacramento, CA: The annual number of misdemeanor drug arrests has fallen by nearly 50 percent in California in five years, largely due to the imposition of a 2010 law reducing minor marijuana possession offenses to a civil infraction. Senate Bill 1449 reclassifyied the adult possession of up to 28.5 grams of marijuana from a criminal misdemeanor to an infraction, punishable by a $100 fine – no court appearance, no court costs, and no criminal record. Possession offenses involving quantities greater than 28.5 grams remain classified as misdemeanors. The law took effect on January 1, 2011. According to figures released this week in the 2012 California Crime Report, statewide misdemeanor drug arrests fell from an estimated 133,000 in 2007 to some 72,000 in 2012.

New York, NY: Regulating and taxing marijuana for New York City residents age 21 and over would yield an estimated $431 million in annual savings and revenue, according to a report, entitled “Regulating and Taxing Marijuana: The Fiscal Impact on NYC,” released last week by the New York City Comptroller’s Office. The mission of the Comptroller’s Office is to ensure the financial health of New York City by advising the Mayor, the City Council, and the public of the City’s financial condition. The report estimates that regulating and taxing the commercial production and retail sale of cannabis to adults would yield an estimated $400 million annually. They further estimate that $31 million dollars would be saved annually by eliminating citywide misdemeanor marijuana possession arrests [NY State Penal Law 221.10 – possession of any amount of cannabis in public view], which in recent years have totaled approximately 50,000 arrests per year – largely as a result of law enforcement’s aggressive use of ‘stop-and-frisk‘ tactics. Persons arrested are often under age 25 and disproportionately are people of color. Combined, blacks and Hispanics make up 45 percent of marijuana users in New York City, but account for 86 percent of possession arrests, the Comptroller’s report found.

Salem, OR: Democratic Gov. John Kitzhaber has signed legislation, House Bill 3460, into law establishing regulations for the creation of state-licensed medical cannabis facilities. Oregon voters initially approved a statewide initiative in 1998 mandating state lawmakers to allow for physicians to authorize qualified patients to consume and grow cannabis. However, that law did not explicitly provide legal protections for outlets that wished to dispense the substance to authorized patients. Presently, an estimated 200 unlicensed cannabis dispensing facilities are operating throughout the state. An estimated 57,000 Oregonians are registered with the state to consume cannabis for therapeutic purposes.

Bozeman, MT: The passage of medical cannabis laws is associated with a reduction in the public’s overall consumption of alcohol and with fewer incidences of alcohol-related traffic fatalities, according to data published in the Journal of Law and Economics.Authors wrote: “Using individual-level data from the Behavioral Risk Factor Surveillance System (BRFSS) …, we find that MMLs (medical marijuana laws) are associated with decreases in the probability of [an individual] having consumed alcohol in the past month, binge drinking, and the number of drinks consumed.”

Lyngby, Denmark: A driver’s risk of being severely injured in an accident is highest after having either consumed alcohol alone, resulting in a blood/alcohol level above .08, or in combination with other psychoactive substances, according to the findings of a population-based case-controlled study published online in the journal Accident Analysis and Prevention. Investigators ranked the risk of the driver being severely injured from highest to lowest. Highest was alcohol. The second most risky category contained various drug-drug combinations, amphetamines and medicinal opioids. Medium increased risk was associated with medium sized BloodAlocoholContents (at or above 0.5 g/L, below 0.8 g/L) and benzoylecgonine. The least risky drug seemed to be cannabis and benzodiazepines and Z-drugs.”

Winnipeg, Canada: Canada’s police chiefs have endorsed the notion of citing, rather than arresting, those persons found with personal use amounts of marijuana. The Canadian Association of Chiefs of Police voted overwhelmingly in support of the proposed policy change at its annual meeting last week in Winnipeg, Manitoba.”The current process of sending all simple possession of cannabis cases under the Controlled Drug and Substances Act to criminal court is placing a significant burden on the entire Justice system from an economic and resource utilization perspective,” stated CACP President Chief Constable Jim Chu in a press release.

Haifa, Israel: The consumption of cannabis is effective in treating symptoms associated with cancer and conventional anti-cancer therapies, such as nausea, weight loss, pain, and fatigue, according to observational study data published in the journalEvidence-Based Complimentary and Alternative Medicine.